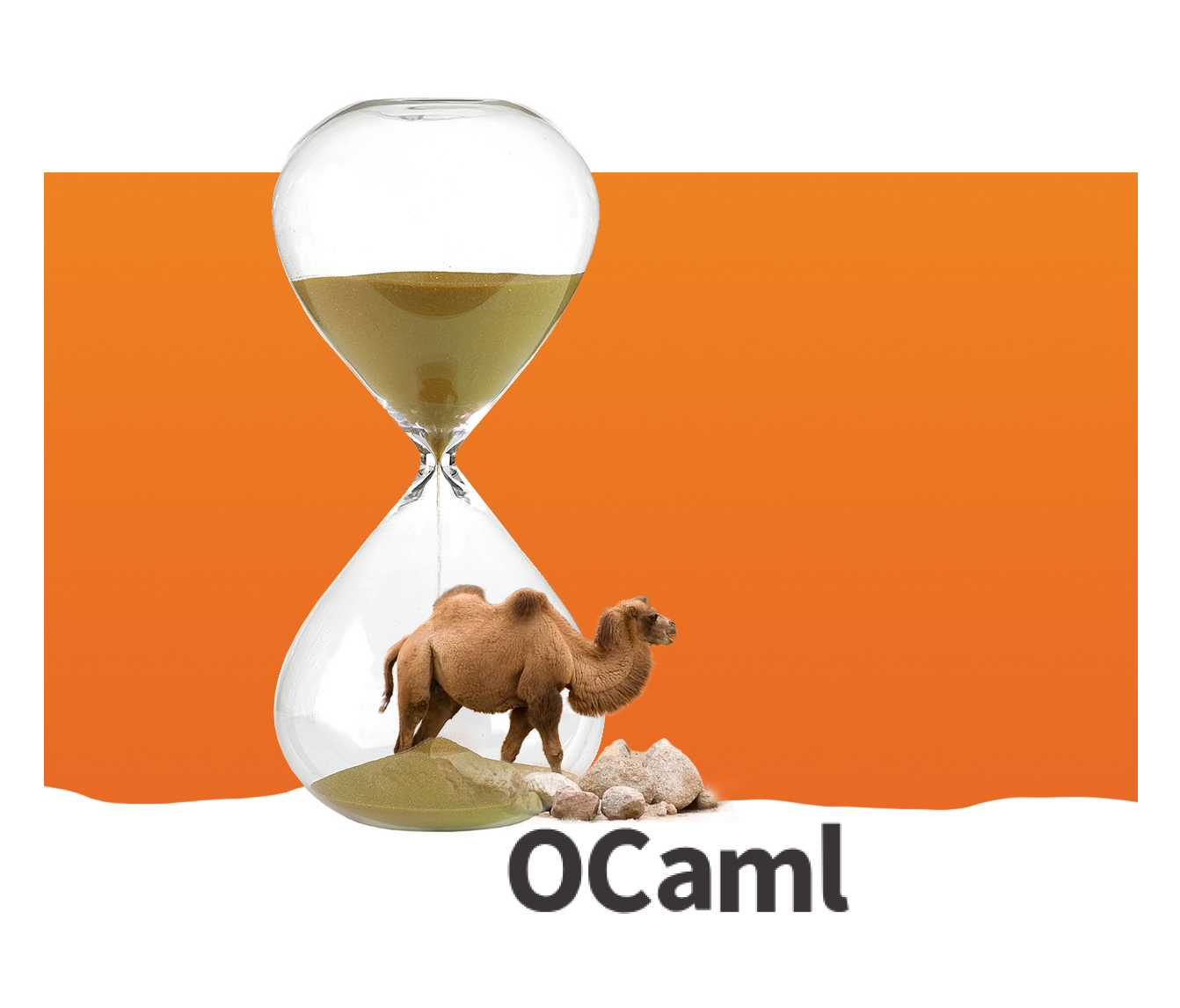 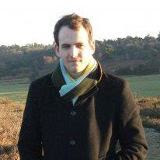 Now that OCaml 4.08 has been released, let’s have a look at what was accomplished, with a particular focus on how our plans for 4.08 fared. I’ll mostly focus on work that we in the Jane Street Tools & Compilers team were involved with, but we are just some of the contributors to the OCaml compiler, and I’ll have a quick look at the end of the post at some of the other work that went into 4.08.

In the end, 4.08 had a very late freeze, but here at Jane Street we mostly moved on to other things once the originally planned freeze date in October had passed. That meant planned features that weren’t ready by then were mostly put to one side and left for a later version.

Even for the things that were part of “our” plan, the work to make that plan happen came from both inside and outside of Jane Street. And not all of that work is writing code! In particular, we owe thanks to all the people in the larger OCaml development team who gave us feedback on our proposals, reviewed our pull requests, and helped to get things merged upstream.

Simple support for GADTs in or-patterns

It still won’t be possible to write or-patterns whose cases rely on equations from the GADT, for example:

is still rejected in 4.08. Special thanks to Jacques Garrigue for reviewing this work.

Shadowing of items from include

when Foo contains a Bar module, which is much easier than the old way:

In PR#2016 we proposed supporting having items in signatures and structures that were not included in the resulting module or module type, using the syntax:

An existing pull request, PR#1506 by Runhang Li and Jeremy Yallop at OCaml Labs, had implemented an alternative feature that can be used to handle similar cases. It added support for using arbitrary module expressions in open statements. For instance, the above example could be expressed as:

Based on these discussions we wrote PR#2122, which re-implemented the private feature to work only in signatures and use this syntax:

reminiscent of destructive substitution. Then we wrote PR#2147, which re-implemented the open feature to restrict its use in signatures and to share some implementation with PR#2122. These were both merged and will appear in 4.08.

We had hoped to change the order of type-checking the components of let expressions, so that:

would be checked as t then e then p, rather than the current order of t then p then e. This matters for order-dependent features such as constructor disambiguation.

Unfortunately, this turned out to be more work than we expected. The existing code for typing let only has to deal with passing so-called principal type information – in this case information coming from type annotations rather than from inferring the types of expressions – to its patterns. The code for typing match knows how to do this, but its not easy to extract the relevant parts so that they can be shared.

We decided to leave this change for now until we have time to make the more invasive changes required.

We had hoped to add a notion of transparent ascription to the module language, which is an operation:

that restricts M to the elements of the module type S, but it is still known to be equal to N. This would allow us to keep more type and module equations in the module types produced in various parts of the type system.

Unfortunately, none of the user-visible parts of this work made it into 4.08. Some large internal changes to support this work did get in:

The main piece of work that underpins all the proposed changes is the addition of transparent ascriptions. This has proved fairly awkward to implement in a satisfying way, which has prompted both the above pull requests that try to tidy up some parts of the type system that were making the implementation awkward. The work is probably 80% done now, so it should be relatively easy to get it into a later version of OCaml once we start working on it again.

We tested and benchmarked -Oclassic mode on 4.07. We were happy with the compile-time performance and correctness, but there were some situations where classic mode produced worse code than the non-flambda compiler. In particular, the handling of recursive functions was not as good. We decided that it would be better to wait for the work on improving the inlining heuristics for recursive functions, as that would allow us to fix this issue properly.

Since work has also been progressing quickly on “Flambda 2.0”, which essentially has a completely new version of classic mode, we’re no longer planning to push for having the existing classic mode as the default.

Luke Maurer’s internship work on the inlining heuristics for recursion is still waiting on some improvements that are needed before it can be upstreamed. We’re now hoping to get that into OCaml 4.10.

Pierre Oechsel’s internship work on improving the stability of the inlining heuristics, and improving the support for displaying the results of these heuristics to uses, is based on top of Luke Maurer’s branch, so it is also delayed until at least OCaml 4.10.

Some parts of the DWARF support were merged into 4.08, but then we decided to rewrite some of it to produce better behaviour in gdb. The rewritten patches have been submitted as pull requests (PR#2280, PR#2281, PR#2286, PR#2290, PR#2291, PR#2292, PR#2294, PR#2300, PR#2303, PR#2305, PR#2308, PR#2316, PR#8614), some of which have been merged. However, there has been some disagreement with upstream about the scale of some of these changes vs. their benefit. Addressing these concerns will probably require significant work, so we are going to put the gdb work to one side for now until we have enough spare cycles to get things into a state that is acceptable upstream.

Move the parser to Menhir

PR#292 by Gabriel Scherer at INRIA, Nicolás Ojeda Bär at Lexifi and Frédéric Bour at Facebook, which we helped to test and review, was merged into 4.08. It replaces the parser with one based on the Menhir parser generator, but it does not yet take advantage of Menhir’s advanced error handling: so the syntax errors remain as uninformative as before.

We helped a little with getting Nicolás Ojeda Bär’s PR#1458 merged. It added unsigned integer operations to the standard library’s Int32, Int64 and Nativeint modules. The initial implementation uses OCaml implementations of these operations. We also wrote code generation for implementing the operations in native code but this has not yet been upstreamed.

In addition to all the work we did trying to implement our planned features, we also did a lot of work that was, for one reason or another, not on our original plan.

PR#1947 adds support for “monadic” let operators to the language. These essentially bring let%bind and let%map from ppx_let to the language itself. This was implemented somewhat on a whim, and quickly devolved into a very long discussion about syntax. Despite this it did make it into OCaml 4.08, so it is now possible to write things like:

In OCaml 4.07.0 we refactored some important parts of how GADTs are implemented. This allowed us to implement disambiguation for GADT constructors. However, one of our changes introduced a bug visible in the reported issues PR#7822, PR#7833 and PR#7835 as well as an unreported soundness issue that affected enough of our code that we rolled back to OCaml 4.06.1 internally.

To get things back into a safe state we reverted a small part of the change from 4.07.0 in PR#1997 along with a couple of other small fixes. This was released in OCaml 4.07.1.

The underlying cause for this bug was an awkward invariant around the representation of bound identifiers in the type-checker. This invariant was needed to correctly implement the “The type constructor foo would escape its scope” error. The need for this invariant came from using a single number (the “stamp”) to serve two different roles. In PR#1980 we split this number into two numbers (a “stamp” and a “scope”), eliminating this invariant and hopefully preventing similar bugs from appearing in the future.

When implementing transparent ascription, we needed to make some changes to the functions that lookup identifiers from the type environment. These functions were a bit convoluted so in PR#2127 we rewrote how these functions work to make things clearer. This patch has not yet been merged upstream.

We finally fixed these issues in PR#106 which rewrote all of the module tracking done by Dynlink to ensure that modules are only loaded if it is safe to do so. Unfortunately, the checks we implemented were a little overzealous and broke Coq’s plugin mechanism (PR#7876). PR#2176 fixed that by making the checks a little more accurate. These pull requests were merged into 4.08.

As part of adding support for disambiguating GADTs in OCaml 4.07 we had to make a small change to how classes and object literals were type-checked. Unfortunately this introduced some bugs including PR#7894. These bugs are very similar to previous bugs in the same part of the type-checker such as PR#5498. We decided that changing the representation of class signatures within the type checker would resolve these kinds of bugs once and for all.

Whilst making this change we discovered a number of other issues in this part of the compiler, and the resulting pull request PR#8516 became quite involved. This patch has not yet been merged upstream.

Refactor the construction of the initial environment

In OCaml 4.07 the standard library was put into a single Stdlib module. This Stdlib module is opened by default so that, for example, Stdlib.List.map is still available as List.map. However, that meant that modules from Stdlib would always shadow other modules with the same name (PR#7841). To fix this, PR#2041 changed how external modules are represented in the type environment and how the initial type environment is constructed. This fix was included in 4.08.

Back in 2015 we implemented support for having exception patterns within or-patterns (PR#305). This allows you to write things like:

As part of work on improving our build times via various forms of caching we’ve suddenly become very interested in getting OCaml builds to be fully reproducible. With that aim in mind we made a number of patches to the compiler: PR#1845, PR#1856, PR#1869, PR#1930. These were included in OCaml 4.08.

Work done outside of Jane Street

In PR#1804 Alain Frisch, from LexiFi, added support for a new alert attribute:

where unsafe is just an arbitrary lowercase identifier. Any uses of foo would then produce a warning:

These warnings can then be turned on and off also using attributes:

or using the command-line as

New modules for the standard library

Here at Jane Street everyone uses Core and Base, which have always had such luxuries, but for those of us who occasionally have to make do with the standard library – for example when working on the compiler itself – these are exciting additions.

Switching the configure system to autoconf

PR#2044, PR#2059, PR#2113, PR#2115 and PR#2139 by Sébastien Hinderer from INRIA replaced the old hand-rolled configure system with one based on autoconf. This should make it easier to maintain, and hopefully pave the way for much better cross-compilation support.