Computations that differentiate, debug, and document themselves 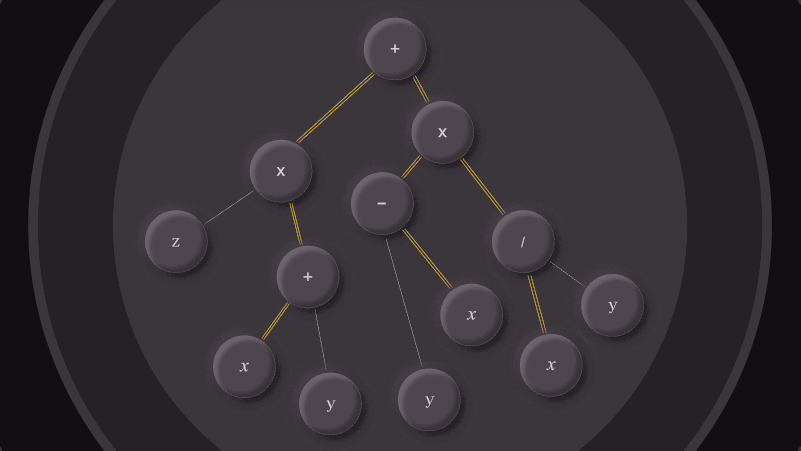 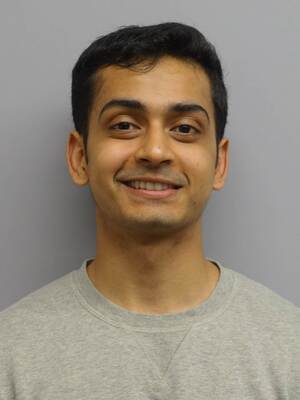 One of the problems we wrestle with at Jane Street is how to understand and manage the costs associated with the positions we hold: things like margin, financing costs, market risk, regulatory capital requirements, and so on. To that end, we’ve built systems that estimate these costs and propose ways to reduce them. Essentially, this is a numerical optimization problem.

This post describes a library we’ve developed to make that task easier, called Gradient_calculator. With this library in hand, we can write a computation just once, and get the ability to:

And all of this functionality is provided while allowing programmers to express their computations in a natural style.

It’s worth saying that the core technique that powers Gradient_calculator – automatic differentiation – is by no means novel and in fact goes all the way back to Fortran in the mid-60s. This post by Jane Street’s Max Slater explores the wider field of differentiable programming in more detail. The technique has become increasingly popular in the last decade or so, especially in the context of training neural nets.

So lots of libraries that do this sort of thing already exist. Why did we build our own?

We ruled out some great open-source toolkits like JAX simply because they’re not easily interoperable with OCaml, which is what most of our production systems are written in. But even frameworks with OCaml bindings, like OWL and ocaml-torch, tended to model computations abstractly as operations over vectors and matrices (or, more generally, tensors), which did not seem like the most natural way to read, write, or think about the computations we typically want to model ourselves. Our computations also aren’t as black-box-y as a neural net; often there’s a well-defined equation that describes them.

By developing our own library specifically for these kinds of computations, we could really focus on making it work well in our context.

What’s more, we had greater control over its design and functionality, and capitalized on that by adding support for debugging and documenting computations, features we didn’t find in existing solutions.

Let’s demonstrate how this all works with a toy example, using the Computation module exposed by the Gradient_calculator library. Suppose we have the following equation: where initially and . Expressed as a computation, it looks like:

If we do the math by hand, we would find that the partial derivatives of this are:

And indeed, we can confirm that Computation knows how to compute this too, with a simple expect test.

Here is a simplified, stripped-down version of the Computation module:

The key points to take away here are:

This API hides the internal details related to computing derivatives, and packages everything up in a uniform way: values of type Computation.t. This lets us easily build on top of this abstraction. For example, we can write a gradient descent algorithm that operates on any given Computation.t: all we need is the ability to evaluate it and extract information about its partial derivatives at each step, which every Computation.t allows us to do.

The library also provides a special function that lets one specify a black-box calculation in which the cost and partial derivatives are computed “by hand”, likewise packaging the result up as a Computation.t. This is useful when the base primitives are insufficient, or when the computation has already been implemented elsewhere.

A peek under the hood

As described earlier, internally, a Computation.t is represented as an expression tree, where each node is either a leaf representing some terminal value (like a constant or a variable) or an internal node performing some operation over other nodes (e.g. a summation or square).

Upon constructing a Computation.t, no evaluation is actually performed. It’s only when evaluate is called that we do any work. In particular, we’ve implemented forward-mode AD, in which we are performing the evaluation of our function and computing the partial derivatives at the same time, in a single “forward” pass. The cost is approximately proportional to the cost of evaluating the function itself, since we’re mostly just doing some constant additional work for each operation. This is much better than numerical differentiation.

Real-world example: calculating the net market value of our positions

Let’s try this out with an example that is more representative of computations we typically write in real systems. Suppose we want to compute the absolute net market value of our positions, with positions netted within our accounts at each bank. First, let’s mock out our positions and some market prices.

Here’s how you might write the (eager) computation normally:

This is pretty standard stuff. However, this calculation is difficult to incorporate into an optimization like gradient descent since we don’t have any information about derivatives. Here’s how you’d convert the same calculation to use the Computation API:

As you can see, the code looks pretty similar: we’re mostly swapping out List.sum for Computation.sum, Float.abs for Computation.abs, and declaring our Computation.Variable.ts. The result of evaluating it is the same, which is obviously good. Further, we now have the partial derivatives for each of our variables:

Intuitively, these results makes sense. We’re net “long” in every bank account except BANK B/ACCOUNT Z, so an extra dollar there reduces our absolute net market value and therefore our overall cost, whereas an extra dollar anywhere else increases it.

We don’t have to stop here. By virtue of our representation of computations as statically defined trees, we can do some pretty powerful things.

In particular, as we’re evaluating a computation, we’re traversing the entire tree and evaluating the value at each node. We can track that information as we go and display it in an expect-test-friendly way:

We’ve found this to be quite useful in practice. For one thing, it makes debugging a lot easier. Instead of littering our code with print statements we can inspect all intermediate values at once.

The expect-test integration encourages an exploratory style, in which we begin with some small part of the computation and incrementally build on it until the entire function is complete. This has proved useful when writing computations from scratch, when the incidence of bugs tends to be the highest.

Further, because we’re observing more than just the final value, we can be more confident that the final calculation is correct. For example, suppose we have a function consisting of a series of nested max operations. For any given set of inputs, we’re only exercising some subset of the paths in the calculation, and the final value only reflects a subset of terms. It may be that the terms on some unexercised paths are actually calculated incorrectly; by printing out all intermediate values, this becomes much harder to miss.

Finally, these expect-tests make it easier to understand and review logical changes in the calculation, regardless of what’s changed in the code.

Note that it’s possible to avoid printing out an unreadably large tree for complex calculations by limiting the depth to which the tree is printed and/or by only including particularly tricky terms.

Time for one more magic trick. As with any calculation, once you’ve implemented it, you should take the time to document it. We do this a lot, but manual documentation inevitably grows stale, and eventually fallow, and it may no longer reflect the actual implementation. Luckily, since we know their structure, we can automatically generate documentation for our computations. Let’s try this out:

Now let’s render that in a LaTeX block:

That’s technically correct, but not all that useful. It’s documenting the specific computation we’re evaluating, not its generalized form. We can resolve this by introducing some “metavariables”. In essence, a metavariable is a symbol that’s used in a formula – it doesn’t represent an actual variable in the computation. Annotating a given computation to use metavariables is straightforward. In the example above, we can write:

Already this results in much more legible LaTeX output:

Now, suppose we need to modify our calculation to multiply the absolute net market value at each bank by some predefined rate, which varies across banks. As soon as we update the definition of our Computation.t and attach the relevant documentation information to new terms, our auto-generated LaTeX formula updates as expected:

As we mentioned at the beginning of the post, the motivating use-case for developing Gradient_calculator was to provide developers a way to easily construct computations that could be optimized using gradient descent. The library provides an implementation of gradient descent that builds on top of the Computation.t abstraction. In particular, it exposes an optimize function which takes in some Computation.t and determines the values to assign to variables in order to minimize that computation. Let’s see this in action, revisiting our toy example:

As we’d expect, and is a minimum of our function.

To our more realistic net market value example, we would do something similar, except we’d want to pass additional constraints to optimize to ensure that our overall position in each ticker across all accounts remains the same. (After all, we’re looking for the optimal set of transfers to make across accounts, but we aren’t reducing or increasing the total number of shares we hold in each ticker.)

There’s still a long list of things we can do to further improve this library. Here are just a few ideas our team is thinking about:

Every time evaluate is called, the entire tree is traversed and values are recomputed from scratch. We could instead have evaluate run incrementally, only recomputing the values and derivatives for variables whose values changed and any other dependent nodes (transitively).

We can think of our Computation.t as a sort of “intermediate representation” of a computation, with Gradient_calculator’s constructors serving as the “front-end” (i.e. going from some specification of a computation to a concrete Computation.t) and the evaluate function serving as the “back-end” (i.e. going from this Computation.t to a value plus derivative information plus a LaTeX formula and so on…). Drawing inspiration from some common compiler optimizations, we could add support for constant folding, common sub-expression elimination, etc. so that our IR Computation.t is simplified as much as possible. Some of these optimizations may require us to represent our Computation.t as a DAG as opposed to a tree.

Algebraic effects, landing in OCaml 5.0, could provide a mechanism for implementing automatic differentiation using effect handlers, as described in this paper and demonstrated in this GitHub example. This would obviate the need to represent computations as trees, which would present a more memory-efficient alternative at the expense of some of the other features discussed in this post.

Currently, we only support printing the debug tree as an ASCII diagram and the formula in LaTeX. We could add support for alternative display formats as well (e.g., an SVG version of the tree) so that this information can be rendered in the most suitable way.

Our plan is to release this project as an open source tool soon, at which point we’ll be eager for any other ideas, suggestions, or feedback.