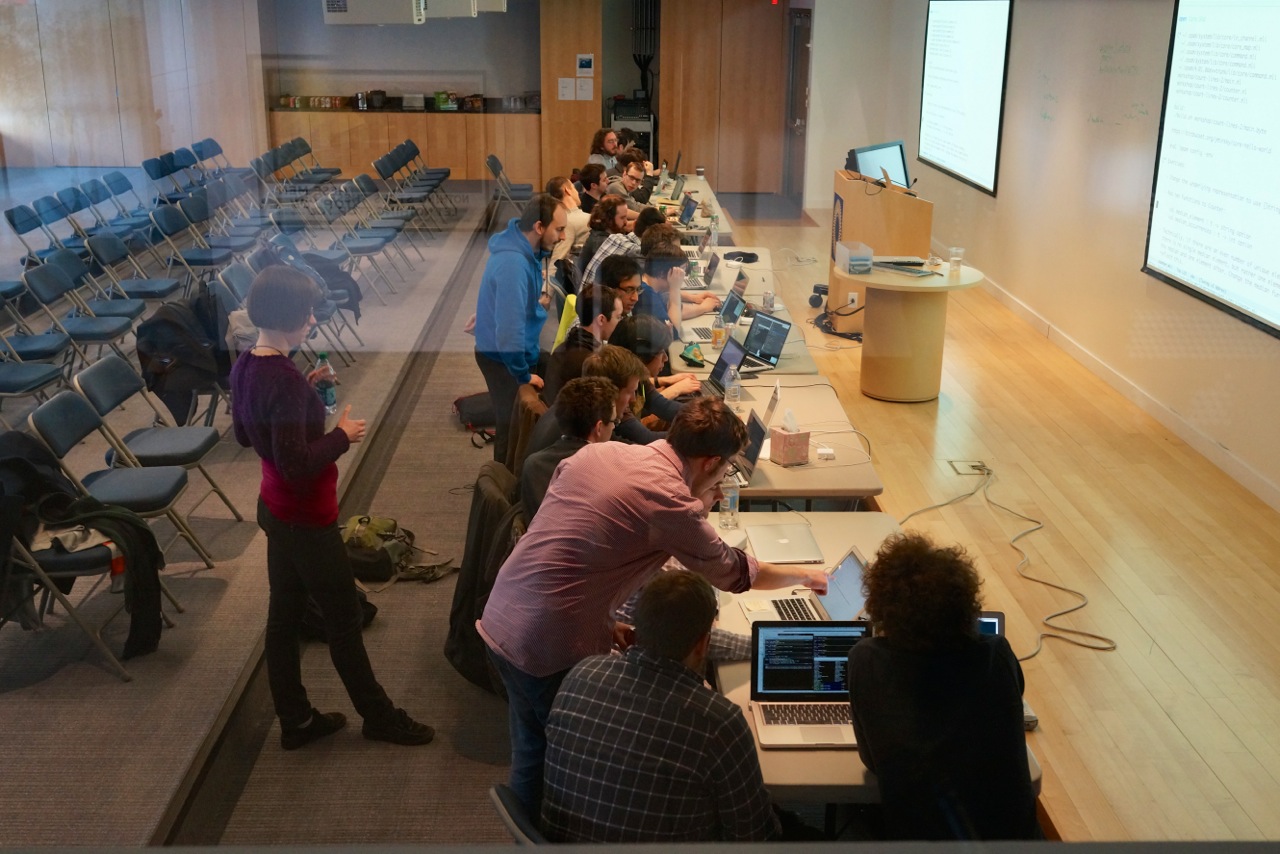 A few weeks ago, we gave out a small, early snapshot of the first few chapters of RWO, and some instructions for installing OPAM so you could get the appropriate versions of OCaml, Core and Async installed, in the hopes of getting people prepared for the tutorial. A few people also started working on the 99 problems in OCaml from the ocaml.org website. 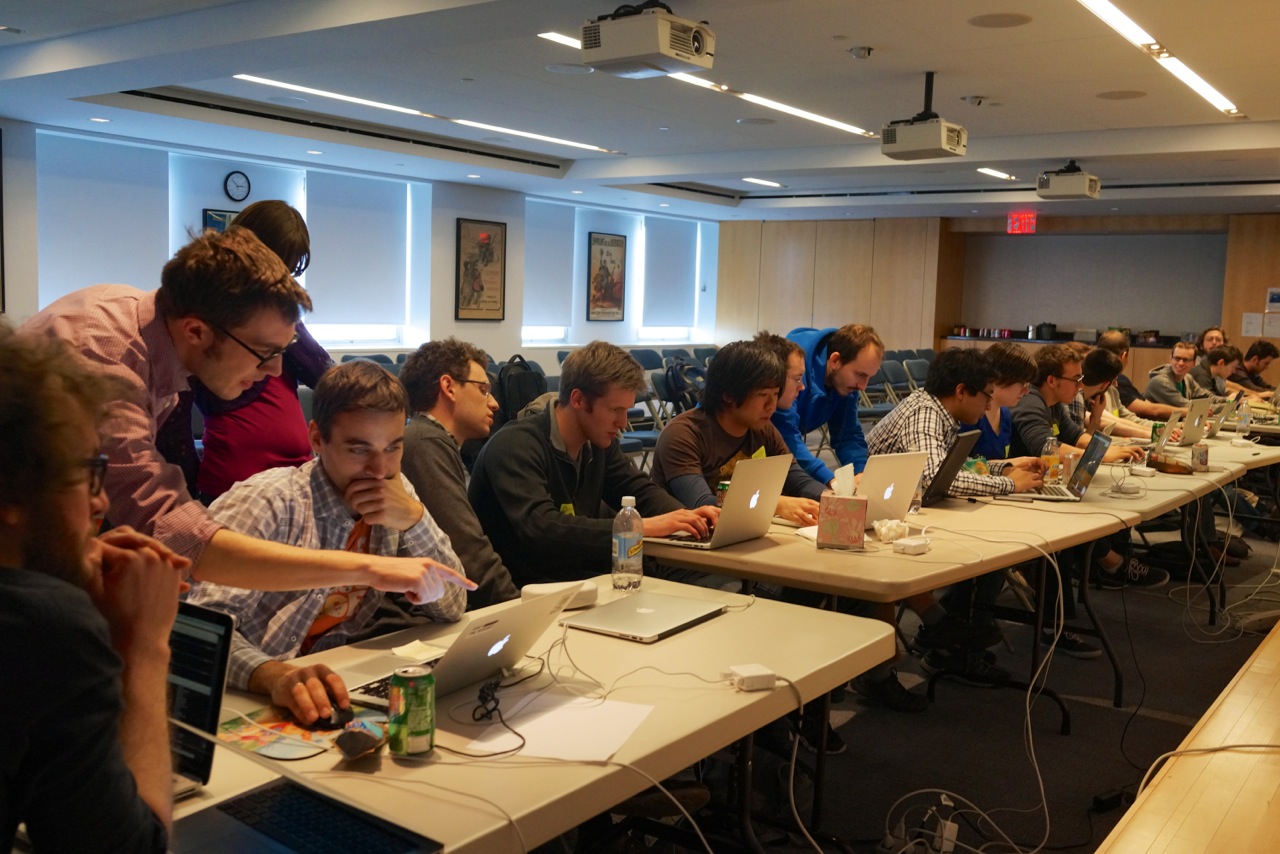 The tutorial itself lasted about 4 1/2 hours, and we covered a lot of territory in a short period of time. I’m sure everyone didn’t fully understand everything, but enough good questions were asked that I think people were getting the basic ideas.

In any case, it was a blast from our perspective, and I hope we can do it again.

I got a bunch of feedback from the Hacker School folk, including the following from Alan O’Donnel, one of the staff members.

I think the most eye-opening part of the seminar was seeing Command; it made me realize two things: one, you can write really pretty OCaml code, and two, you guys write really pretty OCaml code! My (totally unfounded) image of OCaml (the language plus ecosystem) was something like a mix of Haskell and Erlang–some nice type stuff, but kind of ugly looking and with kind of yucky libraries. I was genuinely surprised that the Core and Async code we looked at was so pretty; it feels really well-designed and elegant, and it makes me want to write OCaml code.